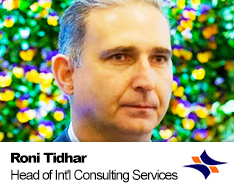 He carries a B.A. in Political Sciences & Far East Studies from Hebrew University in Jerusalem and M.A. in Security & Diplomacy for Senior Management from TAU.